As an undergraduate student, my grades were initially not as good as I would have liked. However, it was the events that surrounded my poor grades that would actually lead me to not only want to go to medical school, but to want to focus on working with underprivileged populations. As an undergraduate student, my mother was diagnosed with breast cancer. Because I was attending college in Wisconsin, I spent a great deal of time flying to Chicago to be with my mother during her chemotherapy. The frequent trips to Chicago for several months meant that I missed a great deal of class and was generally not focused on studying. At the same time, I had my first real experiences with hospitals and physicians. I saw the way in which physicians who were committed to their discipline had the ability to not only bring hope to patients, but also provide real information and insights into the diseases from which they were suffering. 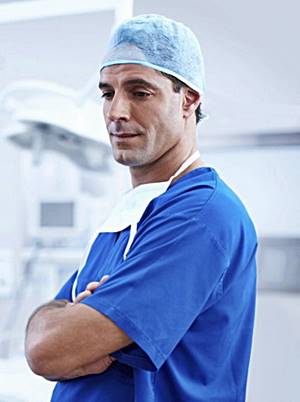 I made the decision to transfer to a university in Chicago to be closer to my mother during her cancer treatments. The move not only allowed me to focus on my coursework and to be on the Dean's List for every semester that followed, it also allowed me to connect with groups and organizations so that I could become involved in helping people suffering from medical issues. I undertook a volunteer experience in Poland in which I was part of a group that helped children suffering from infectious and related diseases. I saw how providing the new generation antibiotics to those children not only allowed them to become better and even survive when they might have otherwise died, but also further understand the important role that physicians can play not only in treating one patient at a time but in treating an entire population at risk.

Working with physicians and other medical workers in Poland increased my desire to want to possess the knowledge and skills to not simply help others, but to actually be able to provide insights and knowledge into medical problems. Providing antibiotics to medically underserved children in Poland, and educating their parents about the spread of infectious diseases made a real difference in the lives of a group of people that had largely been ignored. I realized that attending medical school and becoming a physician would provide me with the abilities to bring medical care to impoverished people in many locations.

The act of simply providing antibiotics and explanations about infectious diseases to children and their parents in Poland brought hope. This was the same feeling that I felt when a physician would take the time to talk to my mother during her chemotherapy about her condition and the ways in which she could deal with the symptoms that she felt. I wanted to be the person in Poland who not only administered the antibiotics, but possessed the knowledge and ability to help those suffering from potentially life threatening diseases. I also wanted to be the person in the hospital in Chicago who could provide knowledge to my mother about the cancer treatments available to her and the potential side-effects that she would feel from them.

Even more, my mentoring experiences with the Big Brothers-Big Sisters foundation have further reinforced not only my desire to go to medical school, but to work with underprivileged populations. I have seen firsthand the social stigmas that can come from not having the most basic of necessities, including medical care. I have seen children who became very sick simply because their parents could not afford to take them to a doctor's office for a basic examination. In working with these children, I became the scared undergraduate student sitting with my mother in a hospital seeking out care from knowledgeable people. Attending medical school and becoming a physician will allow me to provide the care that is so desperately needed in underprivileged communities.

In order to become more involved in understanding diseases, I worked in microbiology research lab where I was allowed to become involved in investigations involving infectious diseases. Because of my interest in the subject matter and my desire to truly be a working member of the research team, I was able to carry out research that has resulted in an authored paper on interspecies bacterial communication that will soon be published. The findings of this research will add to the existing body of literature on bacterial communication related to infectious diseases. Even more, taking part in this research further demonstrated to me that as a physician, I could not only take part in future research, but also provide care to patients suffering from infectious diseases.

The event that occurred in a relatively short amount of time that initially caused me to lose focus on school became the catalyst for my involvement in social and research activities that have caused me to want to attend medical school so that I can provide medical care and knowledge to the underprivileged who are often forgotten. I do not want to be the medical student who never becomes involved in volunteer activities or academic opportunities. Instead, even with the hard work that is required in medical school, I will continue my mentoring and volunteer activities. All of this will allow me to remain focused on the reason that I want to attend medical school, which is not to simply help people, but to actually be a source of knowledge and information for those who may lack such a source in their daily lives.