Baldowski - Footwear Made in Poland

Baldowski Footwear began in 1973 when Wieslaw Baldowski opened a basic footwear manufacturing operation. Though of humble origins, the Polish firm has grown exponentially and has begun to compete not only with local businesses but also larger regional businesses. According to the company, "We have been continuously improving our technology and production since 1973" and the workplace culture is one of family and constant improvement.

Baldowski Footwear is a Poland-based family operation and not a typical corporate business atmosphere in a traditional sense. As a result, there is a personal ownership and sense of pride on the managerial level that is modeled to all employees and is evident in the quality of the products. The entire family is involved in setting important governance policies and the decision making body consists of: Baldowski, his wife and three children who are now all adults. Each family member brings and important component to the operation. 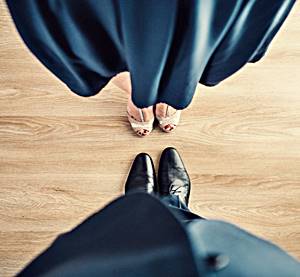 The evolution of the managerial component is a rather short and non complex one. In this regard, the firm began as a basic family business with Baldowski being the operations manager, primary craftsman and with his wife helping in the day to day operation of the non craftsman related work. The organization grew as the family's children also aged. By the time the growth was sufficient to necessitate more management or decision making members of the team, the children were old enough to have been familiar with the business and were ready to enter into more formal operational positions. *Though it began as a small store, the operation now is a large business. As a large business, another key to success for the company is staying current with trends while also maintaining the quality standards on which their reputation is based. Besides the elder Baldowski, there are 60 full time shoemakers who are completely skilled and constantly receiving new training. As a trade, Baldowski views shoe construction as an art that requires continuous learning and this concept proliferates his skilled shoemakers that work within the organization.

According to Baldowski, "As the family business is getting larger and larger every year, we are aspiring to grow further and make footwear for the next generation. We strive to create a more efficient, profitable and harmonious company." In keeping with style trends and also the spirit of globalization, the organization has been working with stylists from Italy to maintain vitality in their products. Other new markets in which the firm has entered include: Ireland, Russia (Moscow), Britain, Germany, Austria, Sweden and Canada. The products are stylish and made for quality, however, they are not excessively prices thereby making the decisions accessible to the general publish and not just to exclusive high fashion markets. In Poland, the brand is now highly recognizable.

Some of the offers and main selling points of the brand include: A top quality finish of every pair of shoes, hand made procedures, 40 years of family tradition, best 100 employees with family tradition, top quality Italian leather and finishing details, Swarowski crystals as one of the finishing shoe elements, 500 of the most trendy world designs are offered by the company, strong color schemes, price and export experience.

The company's website is clean and not easy to navigate. In addition, it is also in the native language of the firm. While this may seem obvious, it does denote a regionally specific characteristic to the business operation. Though the firm is clearly growing and has embraced aspects of the globalized market, it has not done so to the extent that it could be considered a major international operation.

Other polish footwear competitors include but are not limited to: Badura, Maciejka, Kacper and Arka. With a population of 38.7 million people, there is a promising market for footwear in Poland. In this regard, it is clear the Baldowski can continue to grow. It is recognized that they will have to compete with imports however as footwear imports amounted to 215 million USD in 1999. The domestic footwear production in the same year was 450 million and the majority of footwear purchased in Poland is produced domestically. 44% of the produced footwear in Poland was exported in 1999.

The identified key factors of competition in this market are price, quality, modern, innovation and brand recognition. Baldowski is in a promising position as they have excelled on all these levels domestically.