Texts in the world, no matter how diverse, are somehow related to one another as they are essentially derived from the same set of morphemes. However, inappropriate appropriation can be found when the association between the primary text and the additional inter-texts that support the textual tapestries of the primary text are not properly acknowledged in the process of writing. In many cases, plagiarism is a deceptive strategy on the part of the writer, but it could also be unintentional, as Howard has pointed out, writers who are novices could be "overly dependent on other sources in the production of academic texts" and commit what is called patch-writing. 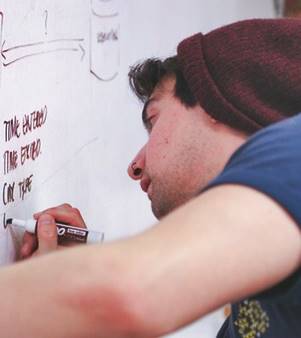 Unlike novices, more experienced writers understand that the central theme and particular attribute of a secondary source needs to be identified and critically examined before writers attempt to paraphrase or summarize sentences, because "the act of incorporating secondary sources is based on clear relevance between the ideas in the source text and the literary purpose" (Raihanah 520) as well as context of the primary text; it is all part of the literary mechanics that help to convey the topic-specific attribute of the primary text among other literary texts, so that the argument it is making can be advanced and the corresponding approach of reading that arises can be meaningful.

To instill such awareness among writers, a lot of practices encourage writers to adopt paraphrasing as a strategy to counteract heavy involvement of unoriginal content in writing, overlooking the fact that "paraphrasing is fundamentally difficult to grasp as it requires interpretive communication skills and considerable knowledge of vocabulary" (Yamada 247). Hence, some teachers instruct students to focus on the idea or concept construed instead of the outer form of language uses such as the syntactic style of the borrowed materials. It is important for writers to bear in mind that paraphrasing is not about replicating the same spirit and giving a full account of source text's meaning. Writers should try to infuse the information given by the source text with the own interpretation of the original writers' point of view. As Ballard and Clanchy pointed out, "writers are required not only to reproduce ideas, evidence, and arguments of other writers, but to reshape these into a new fabric of his own design" (29). This kind of writing is a transformative experience where writers, informed by secondary sources, pinpoint their personal positions and pave a new way of thinking in the dynamics of reader-writer relationship.

Another similar strategy of avoiding plagiarism is to bring in personal inference drawn based on the matter in concern and reflect on how the information in the text can be linked to one's own perspective. In this way, the source text serve as an encounter that stimulates writers' construction of reality rather than a product to be copied, and requires writers' participation in constructing their own representation of such reality. In other words, a non-plagiarizing text "does not rephrase or repeat the material from the passage... but expands upon it and places it in the context of the students' work" (Yamada 247). Yet, it breathes new meaning into the framework of the source material by strategically appropriating it in other contexts, which involves "the writer's analogical thought process" (Yamada 253). Writing based on such process can be very useful in modeling students non-plagiarizing writing skill as students learn how to transform the understanding of an unfamiliar topic within the framework of previous schemata and information from other sources.

With The availability of prolific resources in electronic media and the World Wide Web, and modern lifestyle surrounded by information technology and electronic devices, researching and writing as stages of progression have become increasingly inseparable in the mechanical process of copying and pasting. One might even commit self-plagiarism by slipping a few lines of previous works into his next essay "without proper referencing, or changing the data in a past research in order to establish an exaggerated argument in the present" (Dellavalle 527). To avoid these unethical practices of writing, writers should avoid "borrowing old materials repeatedly if no substantially new contributions to a slightly different or similar topic could be made" (Pecorari 130). This is no different than matching the same content to two different topics. Hence, it is suggested that If one finds himself particularly prone to unintentionally overloading their work with texts from other sources, he should restrict himself from gaining too much linguistic input without first thinking and containing his thoughts in one or two central issues on which he builds his premises using his own words.

After all, the purpose of using secondary sources to complement with one's text is "to make it more scholarly, objective, and most importantly, critical" - a task achieved not by mash-up of the reduced versions of source texts even if those texts are written by oneself. Writers ought to follow the aforementioned principles for good source use before quoting others' work in order to avoid any unethical practices.

Academic Bureaucracy and Plagiarism from a Freelancer's Perspective. Web: https://essaytalk.com/2/writer-percy

Dellavalle, Robert P., Marcus A. Banks, and Jeffrey I. Ellis. Frequently asked questions regarding self-plagiarism: How to avoid recycling fraud. Journal of the American Academy of Dermatology 57.3: 527. Web.